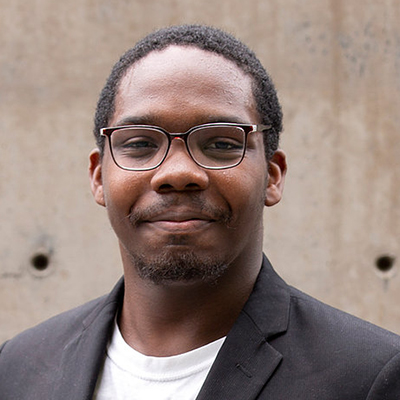 2022-2023 Residency Made Possible by Grant ﻿from Roberts Foundation

Hartford, CT (July 5, 2022) — Hartford Symphony Orchestra is proud to announce composer Quinn Mason as the Joyce C. Willis Artist in Residence for their 2022-2023 season, made possible through a generous grant from The Edward C. and Ann T. Roberts Foundation.

In late 2020, The Roberts Foundation announced the Joyce C. Willis Fund for Excellence and Equity in
the Arts, a visionary initiative to support Black artists. In addition to the Hartford Symphony Orchestra, Hartford Stage and the Amistad Center were also granted gifts from the Roberts Foundation.

The program is named in honor of Joyce C. Willis, a former Roberts Foundation board member, founding
member and past board president of The Amistad Center, board member of the Hartford Symphony
Orchestra, and ardent supporter of Hartford Stage. Willis, who retired from The Hartford Financial
Services Group as Vice President of Corporate Communications in 2005, passed away due to COVID-19
in June 2020.

As part of his residency with the HSO, Mason is writing a new piece for orchestra that will be premiered at the closing concert of the 2022-2023 Masterworks Series season in June. In addition, he will be working with the Learning & Social Impact department on community and education initiatives with HSO partners throughout Hartford.

“Joyce was an active member of the Hartford Symphony Orchestra board,” says Lisa M. Curran,
executive director of The Roberts Foundation. “She organized and co-chaired its MLK Advisory
Committee which led to several highly successful “I Have a Dream Concerts” at First Cathedral and
Bethel AME Church in Bloomfield. She also helped create the award-winning Musical Dialogues
programs which brought several members of the orchestra to the area’s African American churches. I
know Joyce would be excited to see Mason join HSO as both composer and conductor.”

Based in Dallas, TX, Quinn Mason is one of the most sought-after young composers in the country. He
has been described by Theater Jones as “a brilliant composer just barely in his 20s who seems to make
waves wherever he goes.” He recently served as the Detroit Symphony Orchestra’s Classical Roots
composer in residence for 2022, the youngest composer to serve in that role.

Mason’s music has been performed by such groups as the Dallas Symphony, San Francisco Symphony,
New World Symphony, Utah Symphony, Toledo Symphony, Orchestra Sinfonica Nazionale della RAI,
National Youth Orchestra of the United States and more. A multiple prize winner in composition, he is
also the recipient of awards from the American Composers forum, Philadelphia Youth Orchestra,
Heartland Symphony Orchestra, ASCAP, and Voices of Change among others. He is also a conductor,
having studied with Marin Alsop, James Ross, Miguel Harth-Bedoya and Will White, and has guest
conducted many orchestras around the country HSO President and CEO, Steve Collins, notes,” It is a tremendous honor to have the opportunity to work with Mr. Mason, both on stage and in our community. He is a great talent and a multi-faceted artist and communicator who will bring new vibrancy to the HSO’s work.”

The mission of the Hartford Symphony Orchestra is to enrich lives and community through great music.
The HSO is Connecticut’s premier musical organization, the second largest orchestra in New England,
and widely recognized as one of America’s leading regional orchestras. The Hartford Symphony
Orchestra named Carolyn Kuan as its tenth music director in January 2011; she is the first woman and
youngest person to hold this title. The HSO captivates and inspires audiences of all ages by presenting
more than 100 concerts annually, including the Masterworks Series, POPS! Series, Sunday Serenades,
HSO: Intermix Series, Discovery Concerts, Symphony in Schools, Musical Dialogues, the Talcott Mountain
Music Festival, and more. The HSO aims to deliver uniquely powerful and emotional experiences that
lift and transform the spirit, and to give back and help create vibrant communities in the Greater
Hartford area. www.hartfordsymphony.org

About The Roberts Foundation

The Edward C. and Ann T. Roberts Foundation is a private, special purpose foundation founded in 1964 by Ned and Sunny Roberts. In accordance with its founders’ wishes, the foundation is dedicated to supporting and encouraging excellence in the arts throughout the Capital Region. Since its establishment, the foundation has awarded more than $10 million to nearly 200 area non-profit organizations.


Warning: Division by zero in /home/customer/www/therobertsfoundation.org/public_html/wp-includes/comment-template.php on line 1453