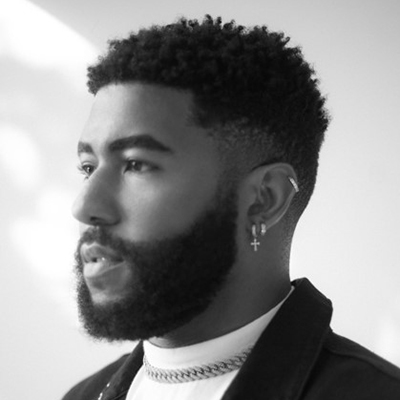 Funded by The Edward C. & Ann T. Roberts Foundation’s Joyce C. Willis Fund for Excellence and Equity in the Arts

Hartford, CT (April 12, 2022) — Hartford Stage is pleased to announce director Christopher D. Betts as the Joyce C. Willis Fellow through the 2022-2023 and 2023- 2024 seasons, made possible through a generous grant from The Edward C. and Ann T. Roberts Foundation.

In late 2020, The Roberts Foundation announced the Joyce C. Willis Fund for Excellence and Equity in the Arts, a visionary initiative to support Black artists. It includes gifts to Hartford Stage, The Hartford Symphony Orchestra, and The Amistad Center. The program is named in honor of Joyce C. Willis, a former Roberts Foundation board member, founding member and past board president of The Amistad Center, board member of The Hartford Symphony Orchestra, and ardent supporter of Hartford Stage. Willis, who retired from The Hartford Financial Services Group as Vice President of Corporate Communications in 2005, passed away in June 2020.

“Joyce was a long-time season subscriber to Hartford Stage and loved attending the theatre,” says Lisa M. Curran, Executive Director of The Roberts Foundation. “I know she would commend our efforts to help Black artists excel in their careers and promote racial equity in the arts. We hope this initiative will encourage other local nonprofits to increase their investment in artists of color.”

Christopher D. Betts is a Chicago, IL native who received his B.F.A. with triple honors from NYU’s Tisch School of the Arts and is currently a fourth-year M.F.A. candidate at the David Geffen School of Drama at Yale University. Betts credits his grandmother, a retired Chicago Public School teacher, as his first mentor in the world of theatre. Betts’ grandmother engaged not only her students and their families but the entire community with her school productions, teaching Betts the power of art and creativity in community settings.

During his fellowship, Betts hopes to continue to spread the value of art in Greater Hartford. “Seeing a community on the South Side of Chicago engage in theatre gave many people hope, including myself. It is a testament to the power of art, and I am dedicated to furthering my Grandmother’s legacy of illuminating artful ways of living.”

“We are immensely grateful to the Roberts Foundation for launching this visionary initiative in memory of Joyce C. Willis,” adds Melia Bensussen, Artistic Director at Hartford Stage. “It is an honor to be able to host Christopher for two seasons, featuring his work on our stage and supporting his leadership of community programs. As soon as we met Christopher, we knew we had to bring him to our company – and, moreover, to our region. From his keen directorial vision, to his inspiring leadership, to his deep understanding of what a theatre means – and can be – to a community. We cannot wait to introduce you to this remarkable artist. We have an exciting two years ahead of us here in Hartford!”

“Thanks to this farsighted initiative on the part of Hartford Stage, Christopher, a brilliant young director and promising arts leader, will be able to continue to develop his artistry in one of this country’s greatest regional theatres,” says Liz Diamond, Chair of the Directing Program at David Geffen School of Drama at Yale University. “Christopher brings his ebullient energy and talent to all of his work in theatre. He’s a dynamic young director of the next generation and his process inspires all of his collaborators.”

Betts’ upcoming projects include Dreamgirls (The Paramount Theatre) and Legally Blonde (NYU Tisch). He most recently directed Choir Boy (Yale Rep) and In the Southern Breeze (Off-Broadway). He has completed residencies at POPArt in Johannesburg, South Africa and Kampala International Theatre Festival in Kampala, Uganda.

For more information on Christopher D. Betts, go to www.christopherdbetts.com.

Led by Artistic Director Melia Bensussen and Managing Director Cynthia Rider, Hartford Stage’s mission is to enlighten, entertain, and educate by creating theatrical works of the highest caliber that have a transformative impact on audiences, the community, and its field. Hartford Stage has presented the world premieres of the new musical Anastasia; Rear Window with Kevin Bacon; Reverberation by Matthew Lopez; Big Dance Theatre’s Man in a Case with Mikhail Baryshnikov; Breath & Imagination by Daniel Beaty; A Gentleman’s Guide to Love and Murder on Broadway, winner of four 2014 Tony Awards; and Quiara Alegría Hudes’ Water by the Spoonful, winner of the 2012 Pulitzer Prize for Drama. Hartford Stage’s Education programs have engaged more than 20,000 students annually, including student matinees, in-school theatre residencies, teen performance opportunities, and theatre classes for youth and adults. www.hartfordstage.org

About The Roberts Foundation

The Edward C. and Ann T. Roberts Foundation is a private, special purpose foundation founded in 1964 by Ned and Sunny Roberts. In accordance with its founders’ wishes, the foundation is dedicated to supporting and encouraging excellence in the arts throughout the Capital Region. Since its establishment, the foundation has awarded more than $10 million to nearly 200 area non-profit organizations.


Warning: Division by zero in /home/customer/www/therobertsfoundation.org/public_html/wp-includes/comment-template.php on line 1453